Press enter to begin your search

Your Brain on Change! How to Stop Fighting Gravity 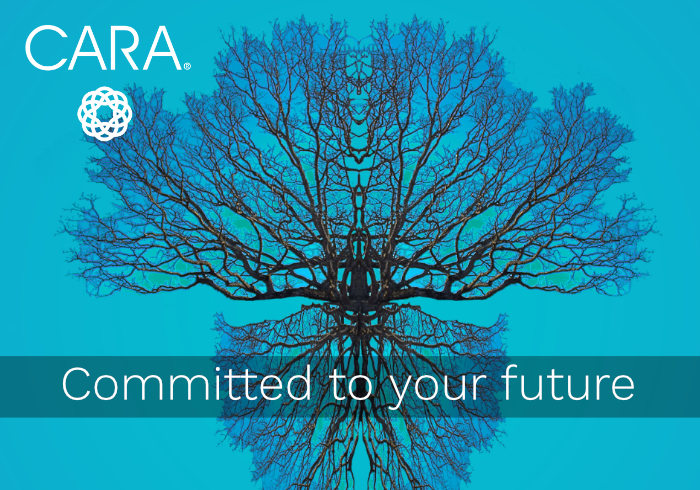 “The definition of insanity is doing the same thing over and over again and expecting different results.”

Why, then, do so many organizations take the same approach to change over and over again and not achieve the desired outcomes? Scholars, consultants, researchers and well-intended leaders have all struggled to crack the mystery of successful and sustained OCM (organizational change management). Why is it still so hard?

The problem is not insanity…..it’s that people are complex creatures and, as a result, change is messy. We don’t always behave in a linear fashion based on a well-set plan (if you have teenagers, you can relate). Until we embrace the connection of neuroscience with change, every initiative is at risk of being another statistic.

Neuroscience is the study of the brain and its impact on our behavior. It is not a new concept in the world of OCM, but we need to elevate it beyond a new way of thinking to a standard way of driving OCM. We know that the brain has pathways that respond to change (good or bad), and that our brains are prediction machines to keep us out of harm’s way. We know that it takes more time and energy to try something new and that our brains typically prefer to default to saving energy by doing what is automatic (habit). And we also know that, as a result, the brain often interprets change as a threat. This results in a fight-or-flight mindset, even if a change is positive! But did you know:

Our brains are constantly on high alert when a change comes our way and can release chemicals that create negative behaviors such as resistance (outward or internal), barriers to learning, anxiety, low engagement and poor decision-making skills. When we can trigger the reward part of the brain, however, we bring about engagement, creativity and hope…..all leading to high performing employees, hence a high performing organization.

Your brain on change:

A Word About Methodology

Change methodologies are important, with some more impactful than others. I teach methods to graduate students as well as advocate and apply them with my clients. It’s all good stuff. The danger is that reliance of a methodology doesn’t always ensure success. In other words, you may find yourself fighting gravity. Although we can create the best-laid plans and check the boxes when we drive actions around certain steps, it’s no wonder that more often than not we can face prolonged resistance and lack of sustained change.

I remember a client workshop that I participated in to launch a massive transformation across the entire organization. It was a huge investment with a crystal-clear business case along with plenty of benefits to the employees including simplified work processes. During the workshop “capturing the hearts and minds of our people” was mentioned no less than 20 times in the course of two days. We talked about a plan and methodologies, and how to achieve this goal through a rigorous workplan complete with communication, change agents, and training. We agreed that if we hadn’t captured the hearts and minds of the organization through standard approaches by a specific date, we would be behind schedule. Yet these conversations struck me as disingenuous; kind of like telling someone they have two hours to decide if they want to be friends because the workplan says so.

Knowing when and how to change is not the same as being truly motivated to change. The old change paradigm is that we need a burning platform (threat) to convince people to change. But, in fact, most change initiatives are not that severe. The majority of change initiatives are intended to broaden and build an organization’s capabilities and people; sounds pretty rewarding! Opportunity is often a driver for change……and yet as OCM professionals we often try to find the threat within an opportunity to build commitment…. which can become a vicious cycle.

In the case above, my team and I took a step back and examined our change plan through the lens of triggering the reward side of the brain and shifting our familiar ways of thinking. Doing so can be uncomfortable and feel less certain. There was a time when following the change curve guaranteed success….or did it?.

It’s not about throwing standard approaches out the window, but it is about thinking from a more holistic viewpoint focused on what really makes people tick. The table below gives a sample of what this can look like: 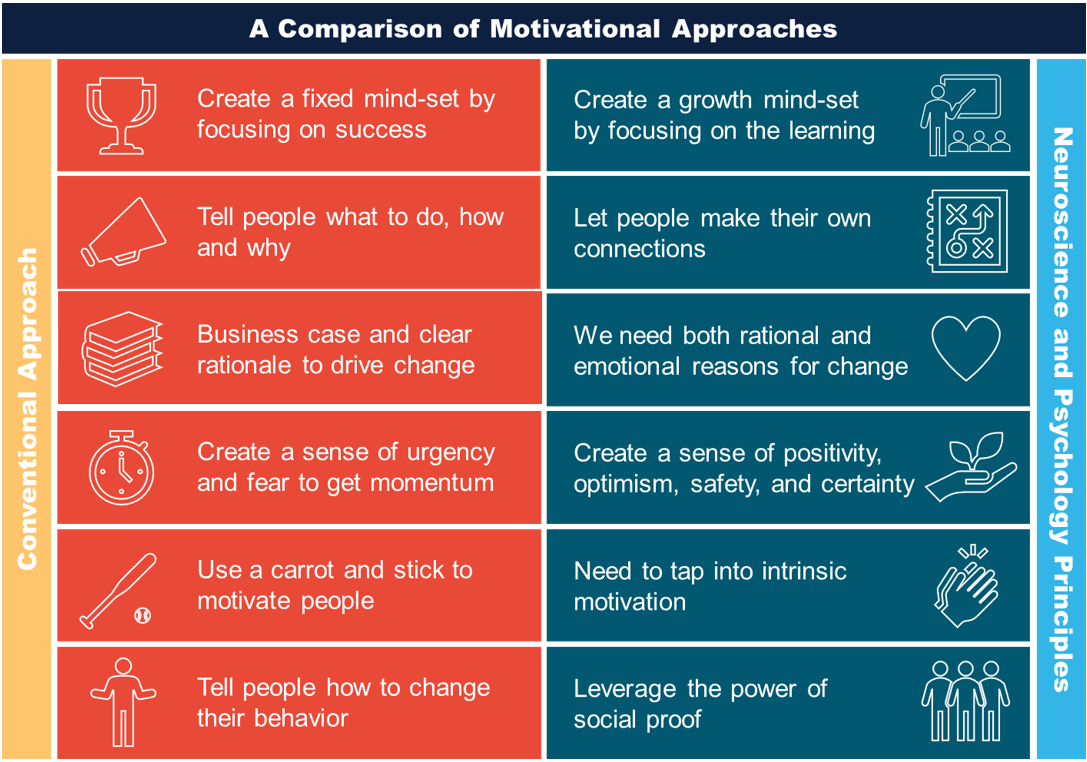 Let’s break down the example of let people make their own connections. By now you’ve likely seen Simon Sinek’s “Golden Circle” Ted Talk one or 100 times (if not, check it out!). The premise is that we need to drive change starting with the why because people buy into why you do something versus what you do. This lends itself to letting people make their own connections and trigger those brain sensors that say “this feels right” and “I get it!”

The example of we need both rational and emotional reasons for change speaks perfectly to the rider and elephant theories in Switch, my favorite change management book of all time (like you, I’ve read many). The brain is not of one mind, so to speak. We all have a rational (rider) and emotional (elephant) side. Both have enormous strengths and crippling possibilities; if they aren’t recognized and moving in harmony, change will not happen.

A good OCM professional pays it forward by creating change leaders in their wake. I want to leave my clients and students understanding that when we let go of outdated principles and ‘tell’ mindsets by understanding how the brain responds to change, the opportunities for meaningful and lasting impact have no end. I can’t promise that it still won’t get messy, but isn’t that what makes the journey so incredibly rewarding?

To learn more about the neuroscience of change, I recommend: 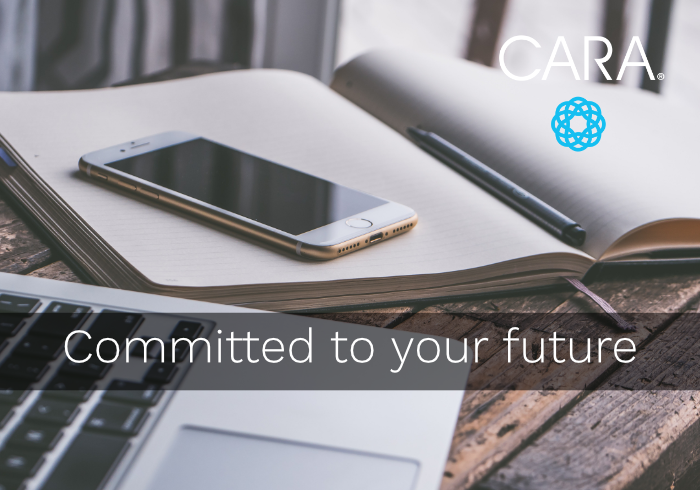